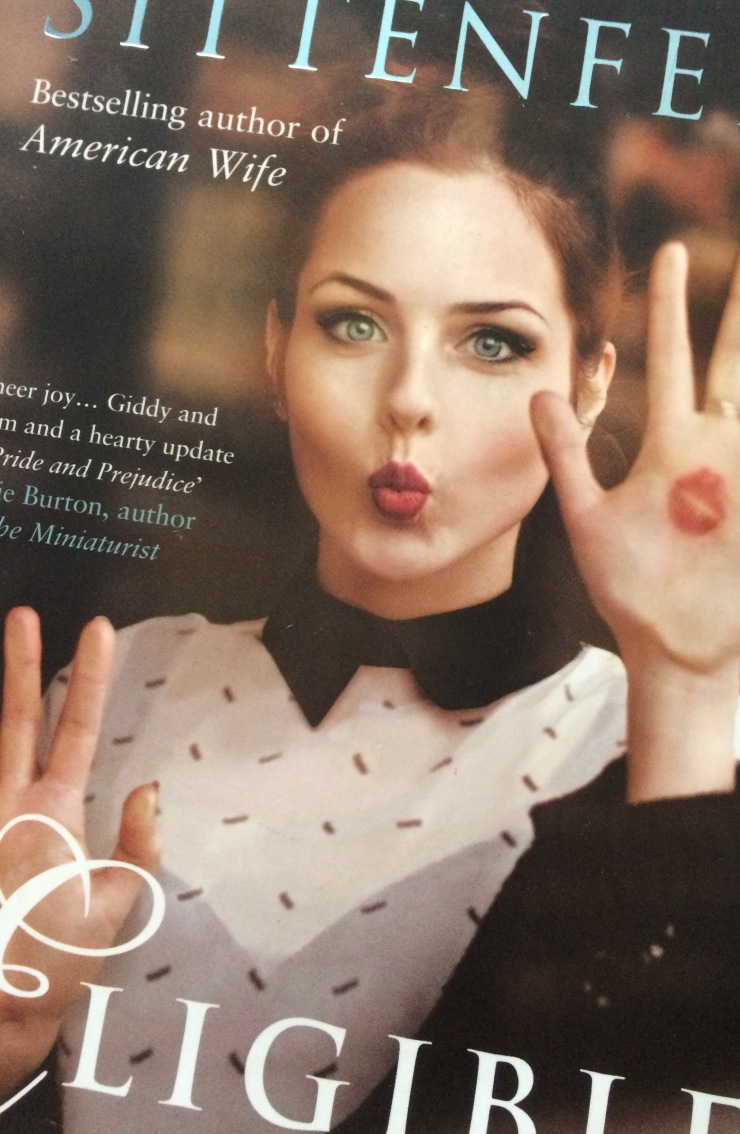 *Disclaimer: This is my first written book review.*

I was presented this novel with a warning: there has been better fanfiction. I was also told that The Lizzie Bennet Diaries (a vlog series on YouTube) did a much better job of modernising Austen’s novel. But while comparisons are inevitable, I thought that Eligible, like The Lizzie Bennet Diaries, sought for inclusivity, but perhaps Sittenfield’s variety was too broad and awkward with its approach to issues of race, gender and sexuality, with motherhood and womanhood being at the forefront of the Bennet’s familial disputes.

But of course, these two interpretations of Pride and Prejudice are very different when seen from an age perspective. In Sittenfield’s Eligible, Liz Bennet is 38 with a secure job at a magazine she enjoys writing for; in The Lizzie Bennet Diaries, Lizzie is 24, doing postgraduate studies and seeking a job. Their lives are firmly at different points. In this sense, I was glad to see how Sittenfield’s social critique was broad on issues about identity and choice. However, the inclusion of these issues were heavy-handed.

Although Sittenfield might have wanted to be sensitive to the aforementioned issues of race, gender and identity, and generally used the framework of Pride and Prejudice for her take on the novel, the Bennet family seemed rather obtuse in reflecting them. While a degree of obtuseness suits the Bennet parents in one respect, I did not feel it interpreted Austen’s project of irony in a robust manner. For Austen to suggest that men are to be chased when they have money (because they are, as single men, in want of a wife) is at some distance from Mrs Bennet’s prejudice towards black people in Eligible. Austen’s approach to the universal truth was in humour, but Sittenfield’s parallel prejudice is rather vexing.

To me, it felt like Sittenfield’s critiques were shoehorned into the novel, as well as her plot. There were several moments that  really took me out of the story, such as the scene where Lydia ‘elopes’ and Liz’s subsequent return home is entirely unnecessary. This was definitely the most disappointing aspect of the novel. There are significant moments where I could not ignore the author’s struggle to address all issues at once at the expense of cohesion and even enjoyment.

I will say Eligible is a pretty easy read but if you are expecting something as engaging as The Lizzie Bennet Diaries, Lost in Austen (ITV Mini-Series, 2008) or First Impressions (Novel, 2014) by Charlie Lovett, you may not be wholly satisfied. I would not recommend. I would prefer to spend my money on a better book.